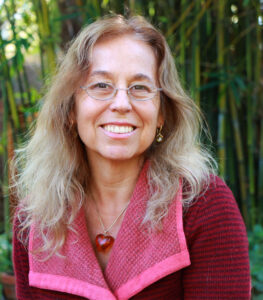 Tara Maria Blasco holds a Ph.D. in Clinical Psychology from Santa Barbara Graduate Institute, (specializing in prenatal and perinatal psychology) and is a registered craneosacral therapist in Spain and USA. She has worked at the Beba clinic since 2001 when she moved to live to California. She co-directed the Beba clinic with Ray Castellino until his passing. Currently she is the director of the BEBA clinic, and works as a facilitator with families at both clinics, Santa Barbara and Ojai. She co-teaches the Castellino training with Mary in California and with Mary, Lin and Carme in Spain. She is a certified and experienced practitioner for the Womb Surround Process Workshops.

Tara also co-directs a US non-profit called Global Resource Alliance which is dedicated to support rural communities in Tanzania to find and implement solutions to the problems of poverty, malnutrition and diseases. She spends several weeks of the year in Africa. She presents at conferences internationally on subjects related to prenatal and birth psychology as well as topics related to sustainability and alternative health in developing countries.

She has published articles in several newsletters and has directed a movie about rural development in East Africa. 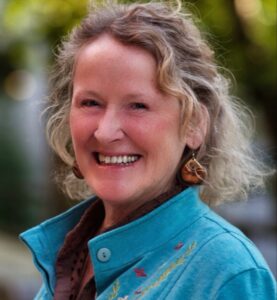 Mary Jackson, LM, RN, RCST® became a home birth Midwife in 1975. She has attended over 2000 births in the Santa Barbara, Ventura, and Ojai, California areas. She has incorporated the 2 year Craniosacral training and the 2 year Castellino Prenatal and Birth Training into her midwifery practice. In the first year since incorporating these new trainings with her midwifery practice she attended 63 consecutive births at home with no transfers from home to hospital, all labors less than 14 hours except 3 and all babies nursing.

She is participating in cutting edge research about imprints that occur around the time of conception, pregnancy and birth and how they affect us throughout the rest of our lives and what it takes to heal from challenges in these experiences. She has spoken internationally at conferences, elementary, Jr. High, and High Schools, colleges, graduate programs and at hospital trainings for doctors, nurses, and midwives.

She is featured in 9 books and 5 videos on the subject of early life.
Mary currently co-facilitates the 2-year Castellino Prenatal and Birth Foundation training with Tara Blasco in California y with Tara, Lin and Carme in Spain. She also worked with Ray with families and adults through About Connections until his passing in Dec. 2021. 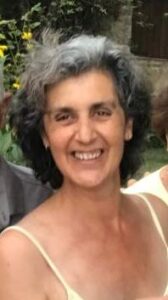 Carme Renalias has 20 years experience as a registered Biodynamic Craniosacral therapist and her practice has been mainly influenced by Mike Boxhall’s work, Deepening into Stillness, as well as the pre and perinatal somatic work developed by Ray Castellino.

She was a professional dancer for 25 years. This experience offers her an intimate knowledge about the body and its capacity to express and make relationships.

She has been a member of the AETBC, Asociación Española de Terapia Biodinámica Craneosacral, board of directors for 5 years and in that time organized several International Conferences dedicated to gathering different approaches in this field. Nowadays she is a member of the AETBC’s Training Committee.

Since 2014, Carme has had her own school, Contacting Stillness. It is located in Fontcoberta (Girona, Spain), a small village in the countryside where she has lived for the past 28 years. She is a registered Biodynamic Craniosacral teacher and currently she is teaching her 8th two year BC training.

Lin Vermeiren has trained in pre and perinatal therapy with Ray Castellino and Mary Jackson in Ojai, California. Following this, she has collaborated in the 2 Castellino trainings offered in Spain and is certified to offer supervision and Womb Surround Process Workshops. She also assisted Ray, Mary and Tara in the continuing Family Practitioner Training in Ojai.

She is a therapist trained in Craniosacral Biodynamics, Somatic Experiencing, IFS (Internal Family Systems) and a pre and perinatal educator by APPPAH. Passionate about a more spiritual view of embryology, she facilitates somatic movement classes inspired by years of Continuum Movement practice.

Lin offers individual and group support in her practice, Berkana, in Girona Spain where she has lived for 20 years with her daughters and cats.

In memory of the late Ray Castellino originator of this training that passed on Dec 13, 2020.

Raymond Castellino, DC (retired), RPP, RPE, RCST® draws on four decades of experience as a natural health care practitioner, consultant and teacher. For the past 18 years he has focused on the resolution of prenatal, birth and other early trauma / stress through an approach using birth simulation, pre and peri-natal somatic psychology, somatic experiencing, play therapy, polarity therapy, and craniosacral therapy. Dr Castellino is co- founder and Clinical Director of BEBA, a non-profit research clinic in Santa Barbara devoted to strengthening the bonds between babies/ children and their parents and optimizing children’s physical, emotional and mental development.

He is the Director of the Castellino Prenatal and Birth Foundation Training, a two-year training program for professionals developing therapeutic skills within the Prenatal and Birth field. He offers small group womb surround process workshops for adults and private sessions for adults and families both alone and with Mary Jackson as About Connections. He also consults via phone/Skype and presents at professional conferences both nationally and internationally.